The Raggs Castle was the home of the Raggs Family prior to the genocide of the kingdom of Raggs. In Kapitel 4, it appears that after the Raggs War, the castle was not destroyed, but covered by snow. However, after ten years of neglect, it appears to have debilitated into ruins, as the frozen castle is shown falling apart when Teito Klein returns to it. In the final manga chapter, though, it is mentioned that Wahrheit Teito Klein reestablished the Raggs kingdom. This could mean that Raggs Castle has been rebuilt by the end of the series.

Fea Kreuz and Tiashe at the balcony of Raggs Castle 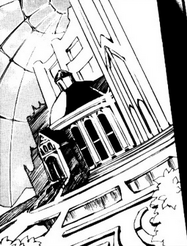 The entrance to the Castle 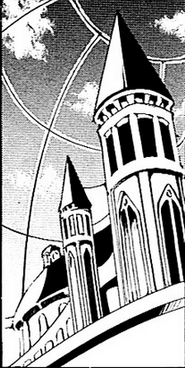 The towers of Raggs Castle
Community content is available under CC-BY-SA unless otherwise noted.
Advertisement